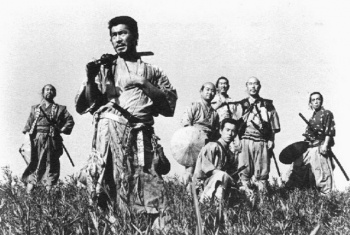 Zack Snyder previously said he had no interest in Star Wars: Episode VII.

Apparently director Zack Snyder's previous lack of interest in directing the seventh Star Wars movie was honest but misleading, because according to an anonymous source consulted by Vulture, he's set to develop a Jedi epic based on the classic movie Seven Samurai by famed Japanese director Akira Kurosawa. Snyder is best known for directing 300, Watchmen and this summer's upcoming superman reboot Man of Steel. It's currently unknown where in the trilogy the film will fall, though it likely won't be a numbered Star Wars episode. It's likely that this is part of Disney's new plan to release a Star Wars movie every few years, which will likely require a few movies that stand alone. Vulture's sources say that the new Snyder film will probably go into production after Star Wars: Episode VII releases in 2015.

Seven Samurai is a 1954 movie set during the warring states period in Japan that tells the story of seven ronin hired to defend a peasant village that's robbed by bandits each year. Samurai movies like those directed by Akira Kurosawa are regularly cited as inspirations for Star Wars, so it's interesting to see Disney returning to the root of the films' influence. Picking Snyder as director will likely result in a little controversy. We'll see how everyone feels about it after Man of Steel releases this summer.