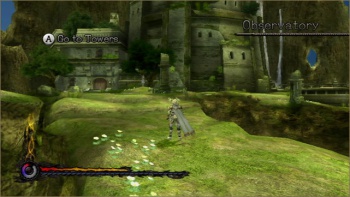 The last of three highly requested Wii JRPGs will reach the Western hemisphere.

XSEED Games is one of those publishers that's good to have around, even if you never touch one of its games. Its output is essentially a laundry list of quirky Japanese titles that almost didn't make it stateside, from Shadow Hearts: From the New World to Ivy the Kiwi?. In Spring 2013, XSEED will be able to add another "almost-didn't-happen" title to its repertoire with Pandora's Tower for the Wii. If bringing a niche game to a dying system a full year after its European release sounds odd, well, that's basically what XSEED is here for.

"It's fantastic to be bringing such a highly-anticipated title like Pandora's Tower to such a vocal fan base," says Shinichi Suzuki, XSEED's president. "North American gamers have been very patient in waiting for this game to be released, and we're confident they will be pleased when they get their hands on the title." Pandora's Tower is an action/RPG that concerns a young adventurer's quest to rescue his ladylove from turning into a vicious beast. The longer he takes, the worse her prognosis becomes, making time management a critical gameplay element.

Fans of quirky JRPGs have been requesting Pandora's Tower's North American release for quite some time now. Three late-gen Wii RPGs caught their attention: Xenoblade Chronicles, The Last Story, and Pandora's Tower. While the first two made it to the western hemisphere in 2012, all was quiet on the Pandora's Tower front for months before XSEED stepped in.

Some of you may remember that a group called Operation Rainfall first sparked widespread North American interest in the three JRPGs. After almost four years, its mission is complete. It's hard to say how much the games' releases were determined by activism, business concerns, or simply good timing, but it's always good to see fans rewarded for their patience. So, Asian and European folks: Will Pandora's Tower be worth the wait for those of us in the New World?