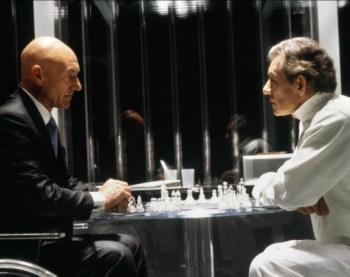 Suspicion quickly fell on the previously unheralded player who defeated four grandmasters, but nobody knows how he did it.

Bulgarian chess player Borislav Ivanov had a pretty good run at a tournament in Zadar, Croatia last month. He came in third with a record of 5-1-2, earning 60 tournament points while defeating four grandmasters and a "strong master." The only problem is that he's a low-ranked master who since mid-2011 had earned just one single tournament point. His FIDE rating, which had previously peaked at 2227 in 2011, shot up to 2342 this month.

That has an awful lot of chess observers convinced that he's cheating. He was reportedly "strip searched" at the tournament, although it turned out that he just had to remove his shirt, turn out his pockets and submit his pen for inspection, but nothing was found. Even so, Croatian grandmaster Zlatko Klaric insisted that some kind of shenanigans were going on.

"Ivanov is chess [computer] programmer, who since mid-2011 until now had won only one rating point, while at the Zadar tournament he won 60. He made moves like a computer, which was obvious in the game vs Jovanovic," he said. "Technologies are so developed now that theoretically, since the games were aired live, Ivanov's friends in the neighboring room, from Sofia, or even from the Antarctic, could have sent him hints for his moves through chips, which could have been placed under the skin, in the ear, or in the teeth."

That sounds a little crazy, but Klaric's theory is reinforced by the nature of Ivanov's losses at the Zadar tournament. The first loss occurred in "a long game in a closed position," which the New York Times says computers perform poorly in, during which he made a "rudimentary mistake" that led to his defeat. The second and final defeat came after organizers stopped broadcasting matches over the internet, so that any potential accomplices wouldn't be able to see what was going on.

Computer science professor and international master Kenneth Regan ran Ivanov's moves through a mathematical modeling system based on tens of thousands of games that he's spent the last five years creating. His findings would appear to support the cheating hypothesis, as he said Ivanov had the highest "move performance score" he'd ever seen, surpassing even that of the highest-rated chess player of all time. Even if Ivanov had a rating around 2700, which would put him among the world's best, he played "well above what a world-class player normally would and more like a computer."

And yet, nobody can figure out how he pulled it off. ChessBase has gone as far as to solicit help from the public. "We would be interested to know if anyone finds suspicious correlation of Ivanov's moves with that of a chess engine, e.g. Houdini," the site wrote. "Especially in view of the very sharp, tactical games Ivanov played, successfully, against strong GM opposition, this could be a fairly important task."

On the Ball: Man Versus Machine Jordan Deam 68 Comments