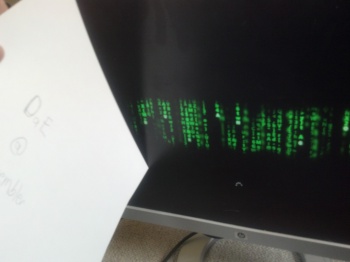 With reported E3 2013 announcements and holiday season releases, rumors about the successors to the Xbox 360 and PlayStation 3 have been flying fast and loose for months. The latest report comes from VG247, which claims that it learned of some next-gen technical information from "developer sources" after CES. According to the sources, the PS4, also supposedly codenamed Orbis, will have a run-capability of 1.84 teraflops, while the Durango, also referred to unofficially as the Xbox 720, will be capable of 1.23 teraflops. If true, this means that the PS4 will have a 50% "raw, computational power advantage" over Microsoft's next console.

The PS4 won't have every technical advantage, however; the sources state that Sony's next-gen console will have 4GB RAM, of which 3GB will be used for games. On the other hand, the Xbox 720 will feature 8GB RAM, with 4-5GB reserved for gaming. Both consoles will be able to read 100GB Blu-rays discs.

This isn't the first time VG247 has leaked rumors about the unannounced next-gen consoles; the site previously reported that the PS4 would be based on AMD's A10 APU and would be "very affordable." If even half of the rumors about these consoles are true, they're the worst-kept secrets in the gaming industry. Stay tuned for more rumors as we get closer and closer to the supposed announcements of the Durango and Orbis.

Update: Then again, Now Gamer is reporting that the Xbox 720 will be more powerful than the PS4, so you can choose which rumors to believe based on your console preference. Or, just make up your own specs, but choose carefully; as we all know, the console war is always won by the system that's most technically powerful.