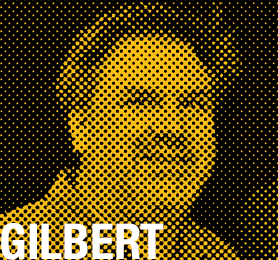 Ron Gilbert, architect of Maniac Mansion, sole keeper of the secret of Monkey Island, and the man probably responsible for those Pirates of the Caribbean movies (at least the good bits), has announced his choice for the second of ten Indie Speed Run 2012 finalists. And the winner is ...

In Cheese and Punishment players take the role of a mouse placed in a scientist's maze, with nothing but a love of seeds and what's hopefully a powerful memory to make it out alive. As you progress through the darkness, you'll encounter a series of tests overcome by trial and error. Later, as you move closer and closer to freedom, you might find yourself enjoying a bit more cheese, and a little less punishment ... if you were paying attention, that is. (You were paying attention, weren't you?)

"Cheese and Punishment really creeped me out," Gilbert said. "I actually felt like I was part of some psychological experiment and my heart raced as I got to each new test, fearing the shock of getting it wrong. I found it fascinating that such a simple game could evoke such a response. Or ... is this game really part of a larger psychological experiment? OK, now I'm really creeped out."

Gilbert also offered a nod to what he considered his second choice, hysterical speech simulation game Umbrella Party, in which players attempt to win the hearts and minds of a crowd of people (and a robot) by making devastatingly powerful points on the important subjects of the economy, pastries, and manatees. The game simply had "a really fun idea," he said.

Each judge gets only one selection, but Umbrella Party isn't out of the running just yet. The community will be nominating three games of their own to the finals at the end of January to join the picks of the seven judges in a bid for Yahtzee's affections and the the $2,500 prize. You can be part of that process as easily as playing as many free games as you'd like right here on The Escapist.

Ron Gilbert's latest genius creation is The Cave, coming out for PlayStation Network and the Wii U eShop January 22nd, then for Xbox Live Arcade and Steam on January 23rd. While you're waiting to get your filthy mitts on it, you can play his Indie Speed Run pick Cheese and Punishment right now and see how creeped out you get. You can also check out Trent Oster's pick right here, and then join us in 48 hours to see Jason Rohrer's!

Extra Punctuation: And The Winner Is.... Yahtzee Croshaw 7 Comments