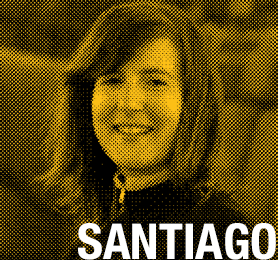 So far, we've seen a biological RTS, an atmospheric puzzler, and an online mental deathmatch. Today, we see a more classic shooter-style game head to the finals, courtesy of the immensely talented Kellee Santiago, one of the brains behind Flower and Journey.

For Indie Speed Run 2012's fourth finalist, Santiago has chosen The Garbage Collector by Team Corgi Punk, a side-scrolling ship shooter with a twist. The game is composed of three areas, one red, one yellow, and one blue. The Collector must not only navigate the obstacles and enemies of his current color-coded path, but strategically choose when to hop onto a different track. With it's impressive visuals, and cool original music, The Garbage Collector stands out as a wonderful example of mixing classical gameplay with modern innovation.

"The Garbage Collector is one of those games that reminds you of that special zone in your brain that is only accessed by games," Santiago said. "You become one with the machine, just like in the story of our protagonist."

Much like some of Indie Speed Run's other finalists, Team Corgi Punk has released a short time-lapse video, showcasing the 48-hour development process behind their winning game. You can take a peek at that process below:

You can play The Garbage Collector for yourself right here. With four judge finalists announced, only three remain before the community has its say. Check back in 48 hours to see Limbo's Dino Patti name his choice, and in the mean time, help us choose which additional three games will join his pick in the finals by heading over to our game page here.

Extra Punctuation: And The Winner Is.... Yahtzee Croshaw 7 Comments