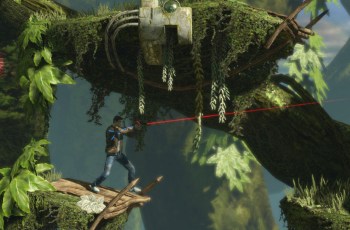 It looks like the classic 2D platformer Flashback is getting a fresh makeover for modern systems.

I was always more of an Another World man myself, but Flashback was pretty good stuff too and apparently even sold more copies - according to Guinness Book of Records, in fact, it's the best-selling French videogame of all time. Of all time! Another World got a nice overhaul in 2006 with a 15th Anniversary Edition that brought the game to modern PCs, and now it appears that Flashback will get an even more intensive facelift in a remake called Flashback Origins.

Gameblog.fr claims to have the first screen from the game, courtesy of an anonymous source, as well as a link to a page from the Centre national du cinéma et de l'image animée [CNC], which lists Flashback Origins as being in pre-production at Vector Cell, a French development studio owned by none other than Paul Cuisset, the designer of the original Flashback. The project has received €300,000 ($400,000) in CNC funding.

Nothing else is known at this point but the purported Flashback Part Deux screen looks like the real deal, and there are certainly worse games you could remake. We'll keep you posted!