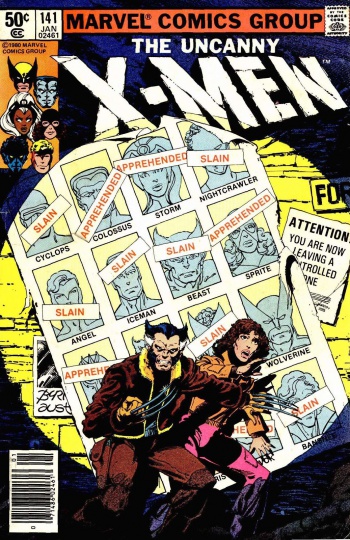 The upcoming X-Men movie will share a continuity with all previous entries, for better or worse.

For many X-Men movie fans, First Class was a breath of fresh air. It broke new ground for the franchise, revitalized the spirit of the original films, and gave some fascinating interpretations of Xavier and Magneto to boot. Perhaps the most significant ingredient of its success was the decision to rework the franchise's entire continuity, which allowed First Class to act as a prequel and as a reboot. It's a great idea, allowing fans to selectively pretend that continuity exists while ignoring the more disappointing entries of the series. Unfortunately, Bryan Singer may be bringing that chapter to a close. The returning X-Men director has revealed that Days of Future Past will draw from all films in the franchise, including Last Stand and Wolverine Origins, potentially making First Class part of an officially shared canon.

"I'm taking into account every movie," Singer said. "I'm not just grabbing my first two movies and First Class and smashing them together. I'm taking into account the entire universe as it's been laid out so far on the screen, and really respecting it and trying to work with that. People took things in various directions, so there's some clean-up. But ultimately I'm not just ignoring them either."

Since Days of Future Past will depict an alternate future our heroes are trying to prevent, viewers probably shouldn't expect direct acknowledgement of events from previous films. That said, a faithful adaptation of the original comic storyline by necessity creates a significant amount of overlap. Senator Kelly's mutant legislation from the original movie is what prompted Future Past's apocalyptic Sentinel attacks, opening the door to later events that many fans would prefer to forget.

Whatever effect this has on Days of Future Past, I have to admit I actually respect Singer's decision. It would have been incredibly easy for him to decide that X-Men and X2, his own contributions to the series, were all the canon Days of Future Past needed. The fans certainly wouldn't have blamed him, but instead Singer appears willing to respect the work of his fellow creators. That's pretty classy on his part, and may allow for a more varied movie in the long run.

Even better, if this means that Wolverine Origins is the terrifying alternate future mutants are trying to prevent, that probably wouldn't hurt either.