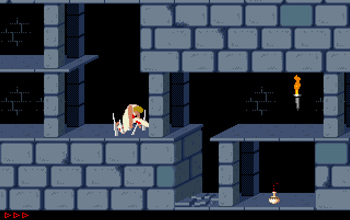 Before Assassin's Creed snuck up on it and shoved a hidden blade in its back, Prince of Persia was Ubisoft's flagship series. Sands of Time was legitimately ground-breaking, and while its sequels never quite achieved the same level of universal critical adoration, they performed well enough to warrant a number of handheld spin-offs and, of course, the obligatory movie tie-in. Even Prince of Persia (2008) which was met with confused shrugs by many fans, sold at least 2.2 million copies.

But now the series' time in the sun has passed, and we haven't heard a peep from the once mighty franchise since 2010's The Forgotten Sands. Is the series dead, or is it just being consigned to the same dusty corner of portfolio limbo that Beyond Good & Evil 2 inhabits? The latter, it seems.

"Brand management is a tricky thing. It needs people's attention a lot. I think it is fair to say that, right now, Prince of Persia is being paused," Ubisoft Montreal Ceo, Yannis Mallat told IGN. "But we said the same thing for some other brands that suddenly popped up because a team is willing to do it."

While I'm disappointed to see one of my favorite franchises get bumped onto the back burner, Ubisoft has been reinvigorating some of its older franchises. Driver San Francisco and Rayman Origins stand amongst the best examples of their respective series, though neither sold spectacularly well.