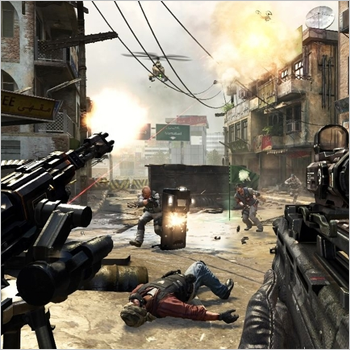 If you're a regular viewer of gaming streams on Twitch.tv, you probably already know that Black Ops 2 is one of the more popular titles on the site. Starting today, that number is likely to skyrocket thanks to an expanded in-game casting feature that now supports Twitch.tv. Users can broadcast Black Ops 2 gameplay straight from their Xbox 360, without having to fiddle with HD capture software and other less user-friendly means of streaming. PS3 and PC users will see the feature added a bit later, while Wii U has been completely left out of the conversation.

Aside from just the live gameplay, Xbox 360 users can use their Kinect as a webcam to add a face and commentary to the broadcast. To utilize the new streaming feature, you'll need to set up a Twitch account and then sync it with the game using the menus in multiplayer.

Prior to the new addition of Twitch, Black Ops 2 limited its in-game streaming option to just YouTube. Twitch, by comparison, is a much more popular destination for live gameplay, so the expanded compatibility is certainly a good move both for viewers and broadcasters alike.