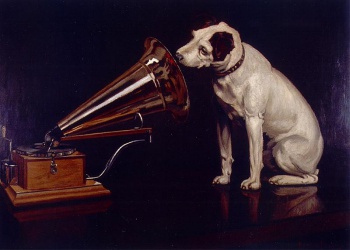 One social media rep at HMV did not take layoffs lightly.

When I was in London a few years ago, it seemed like there was an HMV on every other corner. The British populace explained to me that this was because HMV stood for "Her Majesty's Video" (don't believe them!), and needed to reach just as far and wide as the British Empire itself. Unfortunately, the company entered administration last week, ending that particular joke once and for all. The movie, music, and game retailer isn't dead just yet, but it did just lay off almost 200 people in a desperate attempt to stay afloat. One disgruntled employee managed to capture the whole experience on Twitter, and although the tweets are now gone, the remaining HMV executives will be dealing with the consequences for some time.

"We're tweeting live from HR where we're all being fired! Exciting!!" the former employee begins, adding an "#hmvXFactorFiring" hashtag (this is probably in reference to the reality show, not the X-Men team). "There are over 60 of us being fired at once," he or she continues. "Mass execution, of loyal employees who love the brand." The rogue tweeter apologizes for not having said anything on the company's twitter page for the last two weeks, but contract obligations prevented him or her from doing so.

The tweets, while extremely harsh, seem to come from a place of love for a company whose future has dimmed considerably. "When the company you dearly love is being ruined and those hard working individuals, who wanted to make HMV great again, have mostly been fired, there seemed no other choice," laments the tweeter. In the aftermath of the event, HMV has lost most of its HR department, even though many of the executives and directors will keep their positions.

Fittingly, the last tweet before their deletion read: "Just overheard our Marketing Director (he's staying, folks) ask 'How do I shut down Twitter?'" As the remaining executives at HMV are likely to find out in the next few days, the short answer is that you can't.