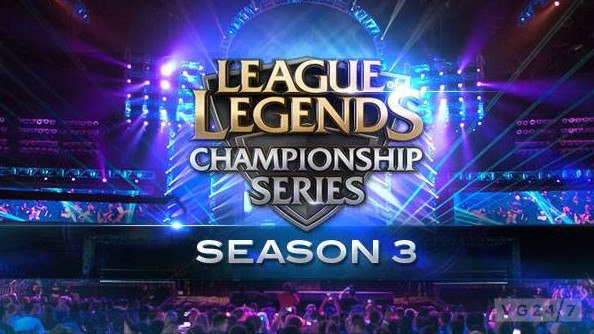 Recently Riot Games kicked off the third season of League of Legends with a major patch bringing a number of new features in addition to the normal balancing changes. This also coincides with an even greater push into the eSports arena with the League Championship Series. We got a chance to chat with Riot about what the changes will mean for players: professional, casual and everyone in-between.

The biggest difference for most folks will be the new League System. Previously, League of Legends relied on Elo, a numerical ranking system that's been used for competitive tracking in everything from chess to collectible card games. Your rise and fall in rating for wins and losses was based on how mathematically tough your opponents were in relation to your own ranking. However, the new League System looks to address some of the anonymity and perceived futility at being ranked say 10,032 out of a few hundred thousand. That's still 10,031 people ahead of you.

Now you'll be placed in much smaller ladders of 250 similarly skilled players. There are six tiers of these ladders and each tier is further separated into five divisions. The goal Riot explained was to try and give players a more bite size experience with similarly sized goals. Moving up a single position out of literally thousands of players doesn't mean much and leaves advancing to be among the best to be quite lofty, but battling your way to the top of your division is a much more immediate and obtainable goal. The system even prioritizes placing you in leagues with your friends, letting some rivalries form as you vie for the top spots. There's also been a push to bring some of the tension of playing out matches on a professional stage down to all skill levels. Whenever you reach the top of your division you'll go through a mini playoff of sort, win two out of three matches and you'll advance to the next division. If you're in the top division you'll play a best three out of five and promote into the next tier. The light at the end of that tunnel is the final tier, Challenger. Top ranked 5v5 teams in the Challenger Tier will have the opportunity to join other professional teams in the League Championship Series.

The other major facet of Season 3 has been an initiative to "level up eSports." Streaming has been snowballing in popularity lately, even at relatively non-peak hours there's still often in excess of 50,000 people watching fellow gamers play League of Legends on sites like Twitch.tv. So it's no surprise that there is a lot of focus going into not only making a better production of event streaming but also to deliver content on a more consistent basis. Every Thursday through Sunday Riot will be streaming matches between the top teams from North America and Europe. The hope is to bring a level of commitment and scheduling like that of Monday Night Football. Instead of a scattering of events you can tune in at specific times and expect to see games. There's been a lot of behind the scenes and unsung work going into taking these productions to the next level. Dedicated cameramen are training closely with commentators to predict where the action will be and what they'll want to focus on. Shout casters have been studying the work of ESPN casters in addition to practicing with improv classes and reviewing previous matches they've commentated on. What used to be a bit of a side labor of love for some is now becoming their full time position, and the eSports team at Riot has expanded from 4 personnel to 40.

Whether you're a dedicated competitive player who constantly watches streams to keep up on the latest meta changes or simply someone who enjoys the game as a whole, Season 3 brings a lot of value and entertainment to what's already the world's most played game, and Riot continues to push the envelope on what eSports could be.

My suggested change to make Pantheon completely overpowered was sadly turned down.