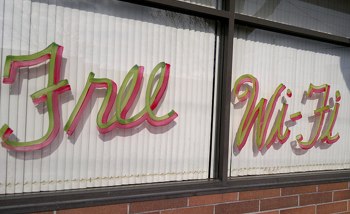 Could the U.S. be a country of free internet?

Update: The Hill notes that the plan discussed by the FCC in the original article on The Washington Post isn't new, but has been discussed and debated before, though no FCC vote on it has yet been held. There's also the issue of who would build the network on the freed-up bands, as the FCC wouldn't actually be the ones constructing it.

Original Article: If you live in the United States, you should know that the Federal Communications Commission wants you to have 100% free high-speed internet access. The government feels that access to the information superhighway (yes, I pulled that term straight out of 1999) is necessary, and that you shouldn't have to hand out cash each month for the privilege. Unsurprisingly, most internet service providers don't feel the same way, and communications companies that make a mint off of internet subscribers are digging their heels in for the fight.

The FCC's plan involves buying back portions of airwaves from television providers and other broadcast networks, then opening those bands to create a free, nationwide WiFi network. The always-on, no-cost internet access would not only help more individuals get online, but could also pave the way for communications innovations in a variety of industries.

Shocking absolutely no one, companies such as AT&T, Verizon, and T-Mobile are firmly against this plan, as it could mean the potential loss of billions of dollars in revenue. However, the FCC does have a couple of big names on its side, including Microsoft and Google, both of whom feel that lowering the barrier to getting online is crucial for the country to continue to innovate.

If the FCC's plan comes to fruition, it would still be several years before a wireless infrastructure could be set up, and there are many obstacles in its way. Oh, and you can bet your ISP will be using your monthly payment to fight the movement every step of the way.