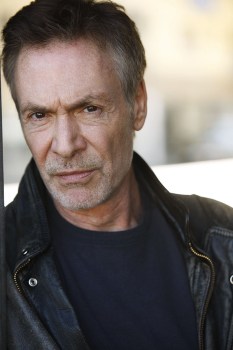 English actor Robin Sachs was active in numerous television series from the early 1970s onward and appeared in one-off and supporting roles on shows including Herman's Head, Murder, She Wrote, Walker: Texas Ranger, Baywatch Nights, Babylon 5 and Buffy the Vampire Slayer, in which he played recurring black arts troublemaker Ethan Rayne. He also portrayed the villain Sarris in Galaxy Quest and had a small number of other minor roles on the big screen.

To gamers, however, he's probably best known as the voice of Zaeed Massani, the co-founder of the Blue Suns mercenary company and most feared bounty hunter in the galaxy, who joined the crew of the Normandy in Mass Effect 2. More than anything else, it was Sachs' gravelly voice that brought the character to life as an amiable, businesslike and incredibly dangerous man who could spin a yarn, cut your fingers off or kill everyone in the room with equal ease.

Sachs seemed to focus on voice work over the past decade of his career. Aside from Mass Effect, he also appeared in Star Wars: Knights of the Old Republic, Resident Evil: Outbreak File 2, The Bard's Tale, Rainbow Six: Lockdown, Dragon Age: Origins and the follow-up Awakening, Kane & Lynch 2 and Resident Evil: Damnation.

Confirmation of Sachs' death was posted to his official Facebook page. "It is with great regret that we at Robin's official fansite have to announce his sudden and unexpected passing. He was an amazing and wonderful man and we are all heartbroken," the message says. "Please raise a glass and toast to the life and career of the wonderful Robin Sachs."

The exact cause of death is not yet known but Sachs, who lived alone, apparently died on February 1 and was only found earlier today. He was 62.