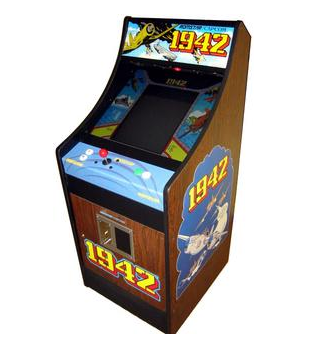 Fourteen Capcom titles are confirmed in the arcade collection, with sixteen more to follow.

If you long to be able to revisit Capcom's arcade glory days, take heart: Capcom has confirmed that, for its 30th Anniversary, an arcade classics collection will be released as digital downloads for Xbox 360 and PS3. What's more, Capcom's revealed fourteen of the thirty titles to be included in the Capcom Arcade Cabinet collection.

Welcome to the land of nostalgia:

"We're holding the Capcom Arcade Cabinet cards close to our chest for now, but we'll be releasing full details regarding dates, pricing, specific titles, and everything else on February 7th," said a Capcom spokesman.