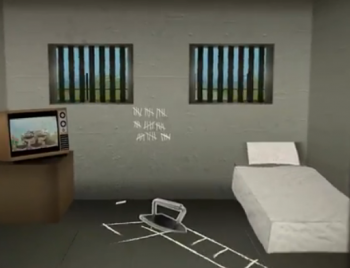 The new addition to Monopoly's token family has been chosen.

Kitteh fans walked away with whatever loot happened to be stashed on Free Parking, and their own token, as the Iron - which has been in Monopoly since the 1930s - got the boot. Only 8% of those taking part in Hasbro's poll voted to keep the Iron in play, so it's been relegated to gaming history, while the Cat takes its rightful place on the board as Monopoly's newest token.

"While we're a bit sad to see the iron go," said Hasbro's Eric Nyman, "the cat token is a fantastic choice by the fans and we have no doubt it will become just as iconic as the original tokens." The other contenders for the new slot - the robot, diamond ring, guitar and helicopter - just didn't capture the imagination of the voters in the same way that the four-legged murder machine did.

The iron will go to Jail immediately, while the Cat will have to wait a very short while for its spot in the sun. The first Monopoly sets to feature the new token will arrive on store shelves mid-to-late 2013. Speaking as a Top Hat lover, I would like to take this opportunity to invite Kitteh on a whirlwind tour of the finest hotels in the city ... just so long as the Cat can afford the bill.