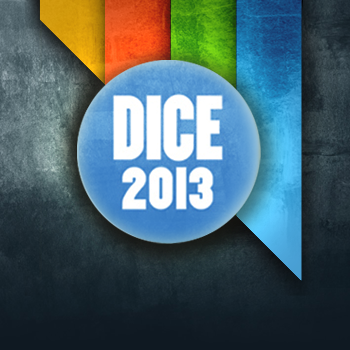 The guy who tells Captain Kirk what to do may soon do the same for GLaDOS.

Whether you're a serious gamer, or just have a passing interest in nerd culture, you've almost certainly heard of both Gabe Newell of Valve fame, and J.J. Abrams, known for his work in TV and movies, such as Lost and 2009's Star Trek. Though their choices of medium are obviously different, they're both looking to tell stories at the core of their work, and the opening keynote, titled "Storytelling Across Platforms: Who Benefits Most, the Audience or the Player?" has brought some of the best that both interactive, and non-interactive storytelling has to offer, and a possible tease of what the future may hold.

In fact, one of the most tasty tidbits from the talk was mention of a possible collaboration between Abrams and Newell. "There's an idea we have for a game that we'd like to work with Valve on," said Abrams. Which Newell followed up suggesting a possible Portal or Half-Life movie. Yes, just let that sink in for a bit. A tongue-in-cheek comment? Perhaps, but we can't help but fantasize over the possibilities.

During the keynote, both men made their biases of medium pretty clear. Where Newell was naturally in favor of the free agency provided by videogames, Abrams was more critical of the unfocused nature of storytelling through games. "It's under the player's control how much of this world they're going to explore," said Newell. Where Abrams' thoughts are that "players are often driving the scene in the wrong direction."

They did agree on one point, at least, namely that nothing matters "if you do not love and care about the people in the story," said Abrams, with hearty agreement from Newell. Through various mechanisms, you'll get to "experience moments that you might not think are the point, but frankly are everything," said Abrams. Newell continued, saying "Games and movies really take advantage of the power of discovery."

If you'd like to hear more from Abrams and Newell, you can check out the presentation here.