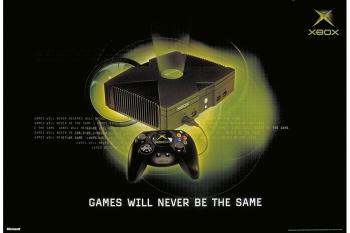 The beginnings of one of gaming's most prevalent platforms stemmed from a grudge.

Microsoft's entry into the console market with the Xbox was certainly a bold move against the apparent success of Sony's PlayStation and the well-established presence of Nintendo. The brand is still alive and kicking, but what motivated the company to compete in the first place? A former Microsoft executive said that the company only entered the console space simply because Sony refused to co-operate with them.

Joachim Kempin, former VP of Windows Sales at Microsoft since 1983, stated that if the company couldn't work with Sony, they were dedicated to beating them instead. "The main reason was to stop Sony. You see, Sony and Microsoft...they never had a very friendly relationship, okay? And this wasn't because Microsoft didn't want that.

"Sony was always very arm's length with Microsoft," he continued. "Yeah, they bought Windows for their PCs but when you really take a hard look at that, they were never Microsoft's friend. And Microsoft in a way wanted them to be a friend because they knew they had a lot of things we could have co-operated on because they are, in a way, an entertainment company, you know? I mean, at least a portion of Sony is and they had some really good things going there, but as soon as they came out with a video console, Microsoft just looked at that and said 'well, we have to beat them, so let's do our own.'"

Kempin added that even Bill Gates was keen to tackle gaming consoles head on, saying that Gates was afraid that the "living room computer" would eventually threaten the traditional PC marketplace.

It was a move that barely paid off, given the expenses incurred from hardware manufacture were only just offset by royalties and paid services such as Xbox LIVE. "They're just maybe a little bit above breakeven, that's all there is. This is not a big money-making machine for Microsoft," Kempin said.