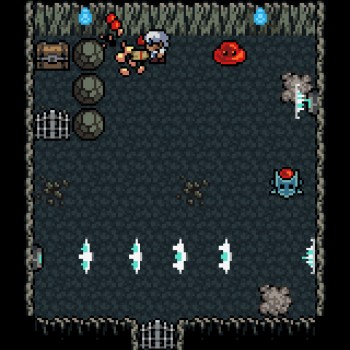 One of the developers of the indie game Anodyne put his money where his mouth is by posting codes for the game on The Pirate Bay and asking users to upvote it on Steam Greenlight.

Piracy is inevitable, so they say, and that leaves developers with three options: ignore it, fight it or make the best of it. When Sean Hogan, one of the two people behind the indie adventure Anodyne, learned that the game was floating around on The Pirate Bay, he decided to wholeheartedly embrace the third option by trying to rally the site's community behind the game.

"It's neat that Anodyne's here and I'm glad that means more people can play it, though of course we'd love it if you bought the game!" he wrote in a torrent comment. "We're tryin' to get Greenlit on Steam so we'd really appreciate it if you and your friends gave us an upvote... Most importantly let us know what you think of the game and if you like it or if it fills you with a burning rage!" At the end of the message, Hogan took things a step further by posting a half-dozen codes for free copies of the game on Desura.

"Piracy is inevitable so it's better to embrace it - plus, it gives lots of people who couldn't normally afford the game the opportunity to play it - and I think when you're a small group of developers (only my friend Jon and I made Anodyne), it's better to have lots of people able to experience your game," he explained in a separate post on Reddit. "We hope enough people will like it and the word will get out, eventually allowing us to get onto Steam, which then lets more people see and play Anodyne!"

Hogan isn't the first indie developer to appeal to The Pirate Bay's better nature: Jonatan Soderstrom did something similar when Hotline Miami hit the torrents last year, saying he wanted people to play the game "no mater how they got hold of it," although he drew the line at actually giving the game away himself.