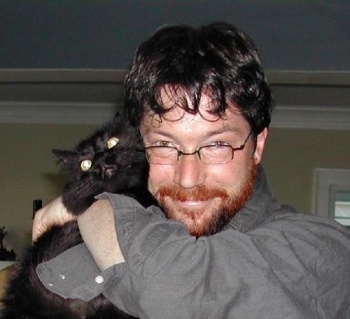 The various iterations of the Xbox 360's dashboard have received harsh words from gamers, but consumers are not the only ones who tend to dislike them. Nat Brown, one of the founders of the original Xbox project, doesn't like the interface design decisions either; in fact, he hates them outright. According to Brown, Microsoft's interface has become lazy, bloated, and insistent on highlighting all the wrong kinds of content. He believes that a large part of the 360's success has been due to luck and bad business decisions by its competitors.

Brown compiles a laundry list of the 360's shortcomings: "Coasting on past momentum. Failing to innovate and failing to capitalize on innovations like Kinect. Touting strategic and market success when you're just experiencing your competitor's stumbling failure (yes, Sony, Nintendo - you are, I'm afraid, stumbling failures)." In particular, Brown takes issue with the roundabout, inefficient way Microsoft has pursued contracts with other media companies. The 360 was always supposed to be a multimedia machine, he insists, but a fragmented marketplace and inconsistent selection hamstrung it. "Microsoft has jumped its own shark and is out stomping through the weeds planning and talking about far-flung future strategies in interactive television and original programming partnerships with big dying media companies when their core product, their home town is on fire."

While Brown has some choice words for the 360's hostility to indie developers (it could cost more than $10,000 to publish a game that cost $100 to develop, he argues), he reserves most of his ire for the dashboard and interface. "The device OS and almost the entire user experience outside the first two levels of the dashboard are creaky, slow, and full-of-shit," he says. The constant update downloads and storage device selections are obtuse, especially for children, and even navigating your way to a game can be hazardous. "You don't turn on your Xbox to play a game quickly - it takes multiple minutes to load, flow through its splash screens," explains Brown, making watching movies or listening to music on the system more attractive by comparison.

While Brown believes that the Xbox is still in a position of strength compared to Sony and Nintendo, it has nothing to do with Microsoft's business acumen. "I have heard people still there arguing that the transition of the brand from hardcore gamers to casual users and TV-uses (sic) was an intentional and crafted success. It was not. It was an accident of circumstance that Microsoft is neither leveraging nor in control of." These are damning words coming from one of the men who brought Xbox, both as a device and as a brand, into existence. Is his criticism off-target, or does Microsoft still have a ways to go in the interface and usability departments?