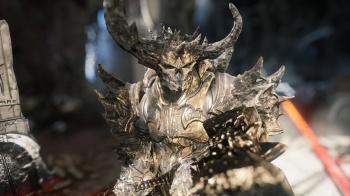 The digital future could be about more than just convenience.

Epic Games founder and CFO Tim Sweeney has a vision for the gaming world of tomorrow, and that vision doesn't include games sold in boxes. In an interview with Edge, the man behind the Unreal and Gears of War studio outlined the flaws he sees with the current gaming market, and how digitizing the products can help fix those problems.

"The market is inefficient now," Sweeney says. "You run ads on television so that people walk into a retail store, buy a piece of plastic and stick it into their digitally connected device. I think we have a lot of latitude - publishers and developers alike - to increase the efficiency of that. Once you have a game, it's available pervasively online, and your devices are all Internet-connected, do you really need to run television ads to get people to find it at the top of the App Store?"

Sweeney posits that, in addition to the added convenience for customers, digital sales could be a massive boon for many developers as well. "I'm looking forward to our digital future," he continued. "Development budgets are going to be the dominant cost in the industry, and [increasing] the efficiency of building games will directly improve profitability. As we move more sales of games out of retail, that creates a lot more flexibility for developers to make games at different scales and price them differently."

Notably, that kind of budgetary freedom could allow game designers to explore more degrees of scope and scale. With a new generation of gaming hardware on the horizon, developers could have a wide variety of ways to use this new power at their disposal.

"If you look at games that just encompass triple-A production values, there's a huge range of scales where games have been successful and profitable. You don't need $100 million to build a triple-A game. But if you want to spend that much, you can build one that looks absolutely insane."

As for the crew at Epic Games, Sweeney has mentioned that they're "more enthusiastic now than ever about the future of high-end platforms." Whatever they're currently putting together with Unreal Engine 4, it seems they're confident that you'll be impressed.