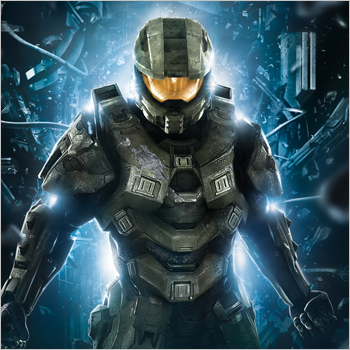 Overall sales across hardware, software, and accessories were down 13% from the same four week period last year.

An analysis of the NPD group's numbers for January shows that the Xbox 360 remains the top selling console in the United States for its 25th month in a row, selling somewhere in the neighbourhood of 281,000 units. On the other hand, Nintendo's Wii U had a bit of a rough month, reportedly selling well under 100,000 units.

Initially, it appears as though overall videogame sales were up 9% last month, but for some odd reason the NPD considered January a "leap month" this year, meaning it stole the last week of December to become a 5-week month. Kind of confusing I know, but it means that overall sales across hardware, software, and accessories were actually down 13% from the same four weeks of January last year.

The top selling games of January were as follows:

Five of those ten games' top sales were on the Xbox 360, including, obviously, Halo 4, the only console exclusive game on the list. Total retail spending on the Xbox 360 in January (hardware, software, and accessories) reached $338 million.

The Wii U's performance is even more worrying when compared to the sales data of previous months, which shows that cumulative three month Wii U sales are down 38% compared to the original Wii's first three months on the market. Nintendo also previously cut sales estimates on the Wii U. The upcoming Zelda title for the system, which may be "the biggest Zelda yet," as well as other anticipated titles from popular Nintendo franchises could possibly help the Wii U get back on its feet.