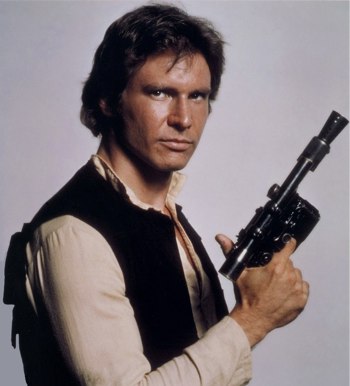 Everyone's favorite nerf herder is making a return to the silver screen.

Star Wars fans, brace yourselves. It seems that the dashing good looks and adorable antics of one Han Solo will once again grace theaters nationwide as it has been announced today that Harrison Ford is set to reprise his role for the upcoming seventh episode in the Star Wars saga.

According to early reports, when asked about returning to the series Ford remained hesitant, but the recent news that J.J. Abrams was attached to the project appears to have swayed him. The news was revealed on Fox News Latino by renowned scoop-snatcher "El Mayimbe," a well-known source of early entertainment details, having broken news regarding films such as Spider-Man and The Dark Knight.

No details have been revealed regarding what type of role Han Solo will play in the actual film itself, but given Ford's age, it's hard to imagine him jumping and dodging like he did in the original trilogy. Then again, he did recently survive a nuclear blast, so anything's possible.