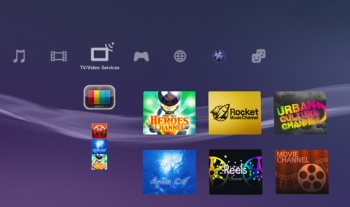 Sony may get around potential backwards compatibility issues by implementing Gaikai's streaming technology.

Earlier this week, we mentioned that rumors are circulating about the next console generation's backwards compatibility, or more specifically, its lack thereof. This would be frustrating, but certainly understandable. True backwards compatibility for the PlayStation 4 would require Sony to integrate PlayStation 3 hardware into the system, which can create design problems. Software compatibility is one alternative, but that is rarely 100% effective for all titles. So what can Sony do to maintain interest in PS3 games once the PS4 launches? According to the Wall Street Journal, the manufacturer will use technology from last summer's Gaikai purchase to implement PS3 streaming in its upcoming console.

Cloud-based gaming platforms like Gaikai pose an interesting possible solution to the backwards compatibility problem. The process allows players to stream gameplay in real-time through remote servers, placing the hardware requirement burden almost entirely on high-speed internet connections. According to the report, this technology wouldn't be ideal for PS4 games, but might effectively stream PS3 titles at a resolution of 720p. If it works, the technology could allow Sony to maintain interest in recent PS3 releases, and test the limits of cloud gaming on a grander scale. Even better, this may allow PS3 functionality to be extended to handheld units like the PlayStation Vita.

Assuming all of the above is true, there are still concerns that Sony would need to address. For example, can Gaikai's technology, previously exclusive for PC games, effectively stream console titles? More importantly, will gamers need to repurchase their PS3 games to replay them on the new system? If Sony's February 20th announcement turns out to be a PlayStation 4 reveal, we'll learn more about the system's cloud gaming potential at that time.