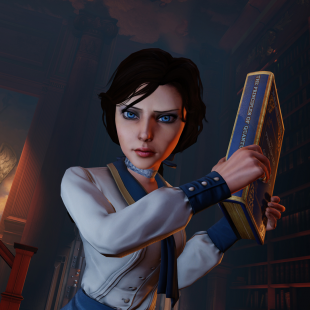 With Bioshock Infinite's release finally on the horizon, its creators at Irrational Games is already making preparations to expand on the game's experience after its March 26th launch. Three add-on packs are currently in development that will expand on the game with new stories, characters, abilities and weapons. To bolster the value of this DLC Irrational, likely taking cues from other DLC launches, will be offering a season pass giving players the option to buy all of the DLC in one purchase at a discount.

The season pass will be available on the PlayStation Network for £15.99/19.99 while the Xbox Live version will sell for 1600 Microsoft Points; a discount of more than 30%. The season pass can also be pre-ordered, and buying it ahead of time comes with some added bonuses. Gamers who pre-order the season pass will gain access to the Early Bird Special Pack, a collection of upgrades, weapon skins and items that players can use in the game. These join other content like the Industrial Revolution Pack, available as a bonus for consumers that pre-order Bioshock Infinite.

While these extras will certainly be nice to have, the main source of anticipation is obviously still Bioshock Infinite itself. Originally announced in August of 2010, there was a years-long stretch where little was heard about the game and its development. Since then, delays have pushed back the game's release date on several occasions, prompting some to worry that its development might be more troubled than its developers were letting on. With a final delay moving its release to the end of March, eager fans will likely be happy just to get their hands on the game and find out if their patience has paid off.