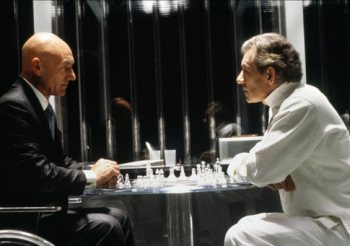 The original X-Men director may revise Last Stand's timeline, but that doesn't mean he's upset it ever happened.

Bryan Singer's return to the X-Men universe is certainly worth being optimistic about. The franchise's first director is putting the band back together for a First Class sequel promising to be the biggest X-Men movie yet. It's almost like Singer is making up for lost time after leaving X-Men: The Last Stand for Superman Returns, much to the dismay of fans and critics. Interestingly, Singer still doesn't regret the decision to step down from X-Men movies. With the benefit of hindsight, the director thinks Days of Future Past proves everything's turned out for the best, and the opportunity to correct Last Stand's missteps is simply icing on a tasty mutant cake.

"It would have been nice to have done the third one, but I really wanted to have the Superman [Returns] experience," Singer said. "So I made that move and it pissed off certain people ... But you know, maybe I wouldn't have ended up with X-Men: First Class and where I'm sitting today making this epic combination of casts. So in the end, I'm glad I had my Superman experience ... I don't have regrets because I'm sitting here doing this amazing hybrid, so maybe it was all meant to be."

Singer has previously stated that he might include Last Stand's content in the First Class timeline, something that would usually lead to a director's Danger Room privileges being revoked. Nonetheless, Singer seems sincere in his desire to acknowledge all aspects of the X-Men film universe, and hopes to see it expand further. "I think that if you really examine the X-Men universe it's every bit as big as the Marvel universe," Singer continues. "I'm glad to return to it and I'd like to get more involved in it because it hasn't really been orchestrated - somewhat with the Wolverine pictures - but I think there is a lot more that one can do."

That doesn't mean there aren't things about The Last Stand Singer wouldn't change. "You mean, what you're politely saying is 'fix shit'," Singer corrected. "There's going to be a little of that, a few things I can repair."