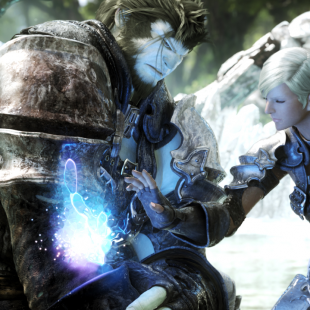 Final Fantasy XIV director points to internal arrogance and a lack of experience with MMO's as a source of the game's failure.

It's probably safe to say that Final Fantasy XIV wasn't received well. The game's original release was met with widespread panning from critics and fans. It had so many problems that its developers, Square Enix, apologized for its quality and have since spent more than a year rebuilding the game for a second release. There have been more than a few theories from various corners about why it performed so poorly with some, most recently, coming from within Square Enix itself.

"What I found were two things," said Final Fantasy XIV director Naoki Yoshida. "The first one was us as a company being too comfortable in the Final Fantasy franchise. We took it for granted. We thought, 'Whatever game we make, players will play it.' I think that was a very big mistake we made." Yoshida also placed blame on Square Enix's poor knowledge of the current MMO environment. "We really should have studied more about the competitors in order to make a game that could win the competition in the MMO market."

Despite Yoshida's desire to adapt to the changing MMO market, Square Enix doesn't intend to embrace the free-to-play pricing model that has turned many an MMO from flop to success. When the new version of a Final Fantasy XIV, aptly named A Realm Reborn, launches it will come with monthly subscriptions the same as the original version. "I don't think there's a right or wrong having a monthly subscription on free-to-play model." Said Yoshida. "Games like The Old Republic and The Secret World, I don't say those games would've been more successful if they had been free-to-play, for example. The subscription model was unrelated to the success of the game."

Time will tell if the Square Enix's plans to push forward with a subscription model for Final Fantasy XIV will bear fruit. Even if the new version of the game is markedly better than the original, trends point toward subscription-based MMOs being less and less viable outside of a few special cases. Final Fantasy XIV has already failed once and it would a shame to see it fail again after all the work put in to fix it.