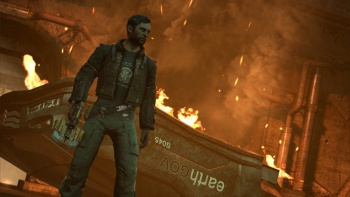 In the wake of Visceral Montreal's closure comes rumors that its Dead Space 4 mock-ups won't be needed.

The Visceral Montreal closure news has since been confirmed via Twitter, by Army of Two's lead VFX artist Marc D'Amico. The Dead Space news can only be considered a rumor at the moment, since the source is an unnamed VideoGamer.com contact. However given that Dead Space 3's sales targets were set ridiculously high, and given Visceral's layoffs, it seems likely that this rumor will be confirmed.

Dead Space 3's need for high sales was the main driver behind its switch to co-op play, and its change in aesthetic from horror to action title with microtransactions. Not that long ago, Visceral producer John Calhoun claimed that money wasn't a motivating factor behind the microtransactions decision, claiming that "Dead Space 3 shares the exact same DNA as Dead Space 1 and Dead Space 2 ... the last thing we think about is monetization." Not long after that statement, and after the Dead Space 3 launch, Visceral staff started getting fired.

UPDATE: According to Gamasutra, EA has described the Dead Space rumors as "patently false."