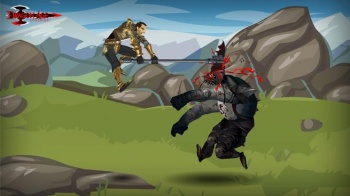 The studio was apparently "too expensive" to keep afloat.

BioWare San Francisco, best known for developing 2D casual games based on existing EA franchises, has been closed down. The closure will reportedly result in the layoffs of 25 to 30 employees.

Formerly known as EA2D, BioWare San Francisco developed the browser-based Mirror's Edge 2D and Dragon Age Legends, as well as The Fancy Pants Adventures and AWOL. Dragon Age Legends was closed down in May 2012 because of declining participation.

The studio was given the BioWare moniker in August 2011. EA hasn't yet commented on the reasons for the closure but sources say the Redwood Shores, CA region is "too expensive" for mobile game development.

It's been a rough year so far for EA and it's employees: In February, EA shut down Visceral Montreal and laid off employees in Los Angeles as well.

UPDATE: In response to inquiries, Electronic Arts said EA Labels President Frank Gibeau addressed the issue a couple of weeks ago in the blog post entitled "Transition Is Our Friend," and that it had no further comment to make on individual studio or headcount reductions.