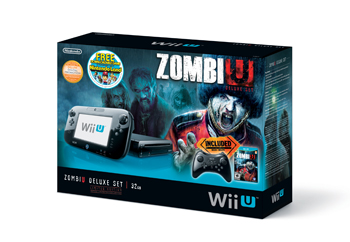 Alain Corre, Ubisoft's executive director for EMEA territories, is "optimistic" about the Wii U but thinks a price cut would result in more game sales.

More than three months after its launch, it's safe to say that Nintendo's Wii U console hasn't quite lived up to the sales expectations set by its predecessor. Ubisoft thinks it has the solution to slow Wii U sales: a drop in price. According to Alain Corre, Ubisoft's executive director for EMEA territories, a lower hardware price would lead to more game sales. Responding to Edge's question about whether he'd like to see a price cut, Corre responded, "Always."

"We always want the hardware to be at a low price because we want as many fans as possible to afford to buy our games, so that's for sure," Corre elaborated. Ubisoft has been one of the most prominent third-party publishers on the console, with ZombiU, Rabbids Land, and Just Dance 4 among its Wii U launch games. Delayed platformer Rayman Legends was supposed to be a Wii U exclusive, but Ubisoft recently incensed fans (and its creator) by delaying the game in order to go multiplatform.

This doesn't mean Ubisoft is giving up on the Wii U, though. "We think that Wii U will find its public at some point," Coree said. "Some were expecting sales to be quicker but we are optimistic." Nintendo currently has no plans to cut the price of its hardware.