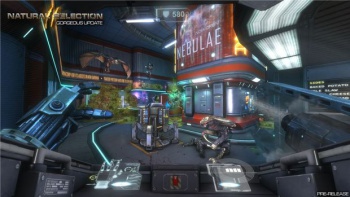 Over 1,300 fraudulently-purchased Steam keys for Natural Selection 2 have been deactivated, with Unknown Worlds taking a financial hit.

Unknown Worlds Entertainment, the developer of the Natural Selection games, has issued a warning to consumers about buying Steam keys from unauthorized sites. Unknown Worlds acknowledged that gamers often use these sites to get around regional pricing (though that wasn't the case for the uniformly-priced Natural Selection 2) or just to get a good deal, but states that "the source of keys used by these websites is often unclear." Because of this, it was easy for someone to use a stolen credit card to purchase 1,341 Natural Selection 2 Steam keys and turn to these unofficial channels to sell them, resulting in frustration for gamers and a financial penalty for Unknown Worlds.

After the developer discovered the fraudulent activity, the Steam codes had to be deactivated, with players being unable to use them after buying them from the shady seller. Those players were able to get their money back by disputing the transactions, for which Unknown Worlds was thankful, but the developer was charged around $22 for each dispute (on top of losing out on actual game sales). That means purchasers of the keys have gotten their money back, and the original credit card thief still has all of the money he got from those players, leaving the relatively small developer to bear the entire financial burden.

Unknown Worlds posted a full account on its website to serve as a warning for gamers considering getting Steam keys from unofficial sites. "Through no fault of their own, gamers can end up out of a game key and out of pocket. We hope that this example might serve to make gamers more vigilant about who they buy their keys from," the team stated in an email. Keep this in mind for future Steam purchases, and always try to go through official channels.