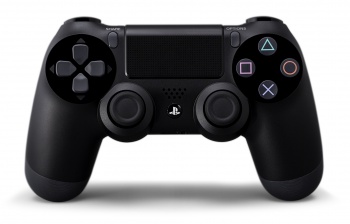 Linus Blomberg says the PS4, with its social ecosystem and integrated business marketplace, is a perfect fit for the kind of games Avalanche Studios makes.

"I'm glad Sony decided to go with 8 GB RAM because it means that the PS4 will out-power most PCs for years to come," Linus Blomberg, CTO and co-founder of Avalanche studios told Gaming Bolt. Avalanche Studios is the developer behind the Just Cause franchise, and Blomberg says that the PS4 is "a perfect fit for the types of games we do, and we are confident that we'll bring open-world gaming to a whole new level because of it."

Blomberg says that the new console generation can't come soon enough, considering the PC's dominance in power, as well as competition from mobile platforms. "The consoles desperately need a boost since having been overtaken in terms of performance by PCs several years ago, and also losing market share to mobile platforms." As well as its increased power, Blomberg is also interested in the PS4's "good social ecosystem and connectivity, and integrated business marketplace."

"The off-the-shelf philosophy behind the architecture makes sense from a pricing and heating point of view, but it also means that Sony more easily can make incremental improvements of their system," adds Blomberg, hinting at the possibility of an "upgradable" PS4. "If that's actually their plan I don't know, but it could help preventing the inevitable loss of market shares that the long console cycles entails."

I'm not sure what PCs Blomberg is referring to in his claim. The free-to-use PCs in the public library? Your work computer? That old Pentium 4 grandma uses to Skype with? He surely can't mean gaming PCs, considering PC gamer recently threw together a PC for around $600 that could (theoretically) match the PS4, and the very machine I am using to type right now has had 16 GB of RAM for over a year...