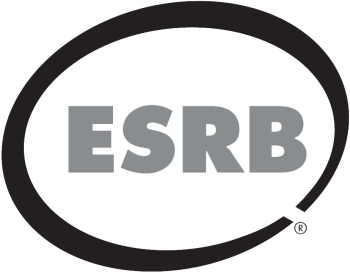 The Entertainment Software Association is launching a new effort to increase the awareness of videogame ratings among parents.

The ESRB has been found time and again to be the most effective media content rating system in North America, with a greater rate of adherence than those for movies, videos, television and music. And ESRB President Patricia Vance said in February that it's possible that videogame rating awareness has maxed out at around 85 percent of parents with kids, 70 percent of whom say they use it all or most of the time. Yet whenever the topic of videogames comes up, governments and "think of the children" groups waste no time reminding the game industry of its responsibility to ensure that parents have all the tools and information they need to make informed choices about what their children can play.

So even though it may have already redlined the awareness engine, the ESA is rolling out another public education campaign to let parents know about videogame ratings and urge them to please make use of them. The campaign will include a new round of PSAs which will be promoted through "the unique interconnectivity and reach of the video game industry's platforms," partnerships with state and government officials to raise awareness of rating and parental control information and coordinating with retailers to provide game rating information for both in-store and online use.

"Our industry has a long-standing, high-quality track record of empowering parents," said Entertainment Software Association CEO Michael Gallagher, who also took the opportunity to once again remind everyone that the ESRB has the "strongest self-regulatory code" on the market. "Today we will build on that success."

The new ESA campaign comes not too far behind the release of the U.S. government's "Gun Violence Prevention Task Force" report, which among other things called upon the game industry to "give parents the tools to make appropriate choices about what their children watch and play." So while the ESRB may not realistically be able to push ratings awareness and usage up by a meaningful amount, it is most definitely in its best interests to try.