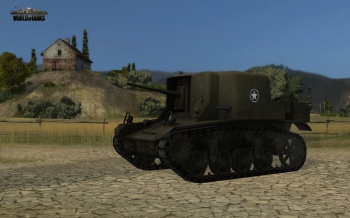 "If the tanks succeed, then victory follows."

Belarusian MMO, World of Tanks, has staked out its place in gaming history by securing the Guinness World Record for the most players logged onto a single MMO server. On the 21st of January, 2013, the freemium game managed to entice some 190,541 players onto its RU2 server, smashing the game's previous world record of 91,311 concurrent players.

Andrei Yarantsau, VP of Global Operations at Wargaming.net, called the record "an important and exciting milestone for the company," adding that, "if World of Tanks keeps growing at the rate it is, the game will soon top the current total and secure another world record."

While World of Tanks remains a relatively small fish in the MMO ocean, it's seen impressive growth over the past two years. It currently sits at some 45,000,000 registered players worldwide, and earlier this month it reached a personal best of 800,000 concurrent players across all its servers.

"Wargaming.net is grateful to all of the virtual tank commanders of World of Tanks!" reads an announcement on the game's official site. "There's no way this record would have ever been set without you, our players. Roll out!"