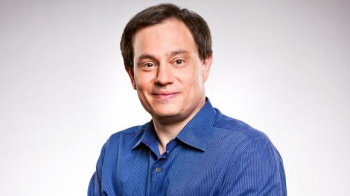 Tony Tamasi says Nvidia, who provided the GPU for the PS3, didn't want to do business with Sony for the PS4 at the price Sony was willing to pay.

"Compared to gaming PCs, the PS4 specs are in the neighborhood of a low-end CPU, and a low- to mid-range GPU side," said Nvidia's Tony Tamasi to Tech Radar. Tamasi is the senior vice president of content and developer at Nvidia, and he is not at all impressed with the revealed specifications for the PS4, claiming that it is outperformed by years-old PC graphics cards. "If the PS4 ships in December as Sony indicated, it will only offer about half the performance of a GTX680 GPU (based on GFLOPS and texture), which launched in March 2012, more than a year and a half ago."

Tamasi is also unimpressed with the very closed nature of consoles, and claims that releasing the PS4 with such low specifications is going to harm it in the long run. "What you get today in terms of performance is what you're stuck with five - 10 years down the road. PCs don't have these problems," he says, telling us that he much prefers working with PCs, as "they are open and can be upgraded at any time to harness the power of newer GPUs for more performance and to take advantage of newer, modern graphics technologies."

The latest console generation has made the performance gap between PC and console much more apparent, and Tamasi thinks that the next generation will only widen that gap. "If history predicts the future, then these next-generation consoles, while being more powerful than the current ones, will very quickly end up more than an order of magnitude behind the PC."

While its very easy to brush these comments off as just an industry rival trying to promote PC gaming, it should be noted that Nvidia currently provides the graphics chip technology for the PS3. The PS4 will instead use a custom Radeon GPU, with Tamasi revealing that, "I'm sure there was a negotiation that went on, and we came to the conclusion that we didn't want to do the business [with Sony for the PS4] at the price those guys were willing to pay."

Tamasi says cutting ties with Sony will allow Nvidia to focus on its other industries, such as delivering high-end graphics card for PCs, supplying the graphics chips for Apple computers, and working on its own dedicated gaming device: Project SHIELD.