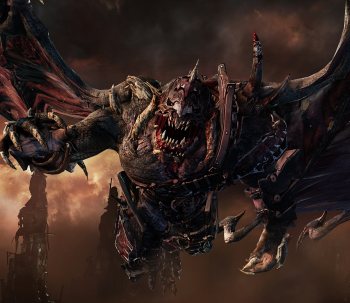 Nordic Games' business development manager says they made a remake of Painkiller in order to bring the spirit of old school shooters to console gamers.

Fresh on the heels of Nvidia slamming the PS4's underwhelming system specs, Nordic Games' business development manager Reinhard Pollice has chipped in his personal criticisms of the future console. "I like a few functions that were announced but so far I personally cannot see a real benefit from buying that instead of a gaming PC," Pollice told Gaming Bolt.

"We will monitor further development closely and are also in a stage, where we evaluate certain game concepts for this hardware," added Pollice, telling us that Nordic Games is not quite convinced of the PS4's merit, and will opt into a "wait-and-see" approach for the console. "Even a great platform sometimes isn't able to convince a critical mass. A lot of factors are important here. Plus we are not in the position to be under the obligatory first-movers in that sense, so we will be careful for the time being."

Pollice then went on to talk about Nordic Games' upcoming FPS: Painkiller: Hell and Damnation, specifically, why the company opted to do a remake rather than a sequel. "We brainstormed a lot here and had ideas looking into a lot of different directions about a new Painkiller game," he revealed.

"We ended up concluding that the market is lacking a key element of the original Painkiller, that 'old school' element. So we decided that our game should be in the spirit of old school shooter games. We also noticed especially that console gamers never really had a chance to get into Painkiller, which is why we decided to take that route," said Pollice.

Painkiller: Hell and Damnation is scheduled for release on April 5 for the Xbox 360 and PS3.