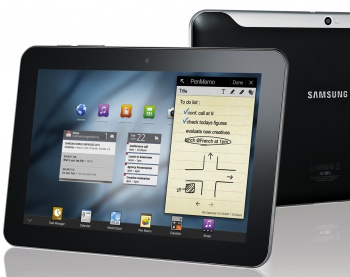 Zynga is still kicking and looking to push into the tablet gaming market.

There are more ways to game now than ever before. If it has a screen and it's capable of holding an electric current, chances are someone somewhere can jury rig it to run Angry Birds. Naturally, a lot of choice leads to a lot of debate over which platform is the best. And we all know the answer to that particular question, don't we readers? I suspect you're going to tell me. In the comments section. At great length.

I suspect relatively few of you will agree with Zynga's president of games (isn't that a fancy title?), Steve Chiang, who reckons the humble tablet will soon claim the title.

"I think the tablet's becoming almost the ultimate game platform," he explained during an interview with GamesIndustry.biz. "I play before I go to bed, and when I wake up, I play on my tablet. Imagine FarmVille 2 on a tablet, you can see the detail on a bigger farm and be able to manipulate things, getting a full experience on a tablet. We announced in the earnings call that FarmVille 2 is coming to mobile, and tablets. I expect a number of our 'Ville games to come to tablets in 2013."

While it's still hemorrhaging cash like a stuck piggy bank, Zynga surprised its critics with a fourth quarter earnings report that wasn't apocalyptically bleak. It's still losing money, $48 million in that quarter to be exact, but that's a far cry from the $435 million it lost in the same period last year. It seems closing offices and canceling games left, right and center has allowed the company to stave off financial destruction for just a little bit longer.