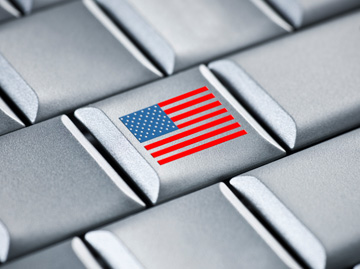 The political advocacy group for gamers has announced landmark growth three years after its creation.

The Video Game Voters Network was founded in 2010 with the goal of giving gamers a more unified voice on the political stage, something its creator, the Entertainment Software Association, was already doing for the game industry. Despite having similar interests however, the ESA has not always found itself on the same page as the gaming community the VGVN represents. When gamers and other free speech proponents rallied against SOPA in 2012, the ESA, long a proponent of combating piracy, backed the bill. If gamers held a grudge against the ESA however, it seems not to have extended to the VGVN. The group revealed today that its membership has grown to more than 500,000 people.

The growth of its sister organization is far from surprising to the ESA. "As the prevalence and influence of computer and video games in our society has grown, so too has the dedicated membership of VGVN," said Rich Taylor, the senior vice president of communications and industry affairs for the Entertainment Software Association. "These highly engaged members make their voices heard in government offices across the country, educating officials about video games' positive impacts and advocating for policy issues affecting game creators and consumers."

While it is just nice to have a unified voice like the Video Game Voters Network present to counter the world's Helen Lovejoys, there's little denying that videogames could be in worse straits were it not for such representatives. For instance, had the ESA, their stance on SOPA aside, not been present to testify before the Supreme Court on the behalf of videogames in 2011, there's no telling quite how the Brown vs. EMA ruling might have gone. Instead of celebrating an affirmation of videogames protection under the first amendment, we might have been mourning its demise.

At the end of the day it it's just better to have more political clout than less. Gaming is more mainstream than ever, but videogames are still an easy target for people and politicians to point to when something awful happens. Until the day comes that that stops, the growth of groups like the Video Game Voters Network is something that should be fostered and encouraged.