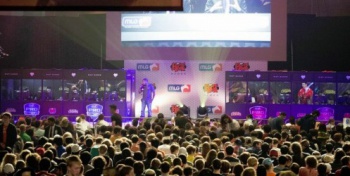 On top of the livestream viewers, spectators in the five-figure range were present for Major League Gaming's first major event of the year.

Esports has come a long way from impromptu tournaments arranged at LAN parties or arcades. Major League Gaming is one of the biggest esports gaming leagues around, hosting year-round tournaments in a number of games, and a regular number of "circuit" events in large cities. It has reported that 2.6 million fans tuned in to its latest event via livestream. As well as the livestream audience, hundreds of thousands of fans flocked to Texas to watch the event live.

The tournament featured three tournaments in League of Legends, Starcraft II, and Call of Duty. The recently released Heart of the Swarm expansion pack for Starcraft II was featured at the tournament, driving interest in the title upward.

The 2.6 million viewers watched around 6.5 million hours of content during the tournament. MLG no doubt raked in a considerable profit, reporting that its ad completion rate is at 95.35% with a 2% click rate. It partners with popular gaming streaming service Twitch.tv to bring livestreams to its viewers.

MLG has struggled to find a firm footing in the market in the past, and with the recent cancellation of IPL 6, many esports fans were wondering what the future held for esports events. Thankfully, this resounding success suggests the future is quite bright for competitive gaming.

Source: The Next Web