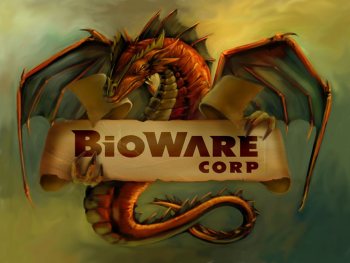 Bioware's Casey Hudson has revealed that he and others within the company are developing a new franchise.

Between its work on franchises like Dragon Age, Mass Effect, and Star Wars: The Old Republic, Bioware's various studios have been kept fairly busy the past few years. The future doesn't look like it will be offering any respite; a new Dragon Age and Mass Effect, as well as updates to The Old Republic, are already in the works. Even so, the developer is still finding time to come up with some new ideas. During a panel at PAX East, Casey Hudson, director of the Mass Effect games, revealed that Bioware is currently in the process of creating a new franchise.

According to Hudson, he and his team at Bioware Edmonton, the studio that made Mass Effect, are working with Preston Watamaniuk, Bioware's Senior Creative Director, to develop the new property. Outside of those bare details, Hudson and Bioware have offered no other hints as to what the new game will be. Hudson did confirm, however, that this new IP would not be interfering with his work overseeing the development of the next Mass Effect game, which is being made by Bioware Montreal.

A new intellectual property could be just what the developer needs. Many of its present franchises have found themselves, in recent years, mired in troubles. Dragon Age 2 sold well but received mix reviews, while Mass Effect 3 came to be defined by one of the largest fan outrages in the history of videogames. Add in the persistent under performance of Star Wars: The Old Republic, and it might be safe to say that Bioware's franchises are in a slightly more tenuous place than the company might like. A fresh IP could give Bioware a chance to move away recent controversies in a way that a sequel, bogged down by standing impressions, couldn't.