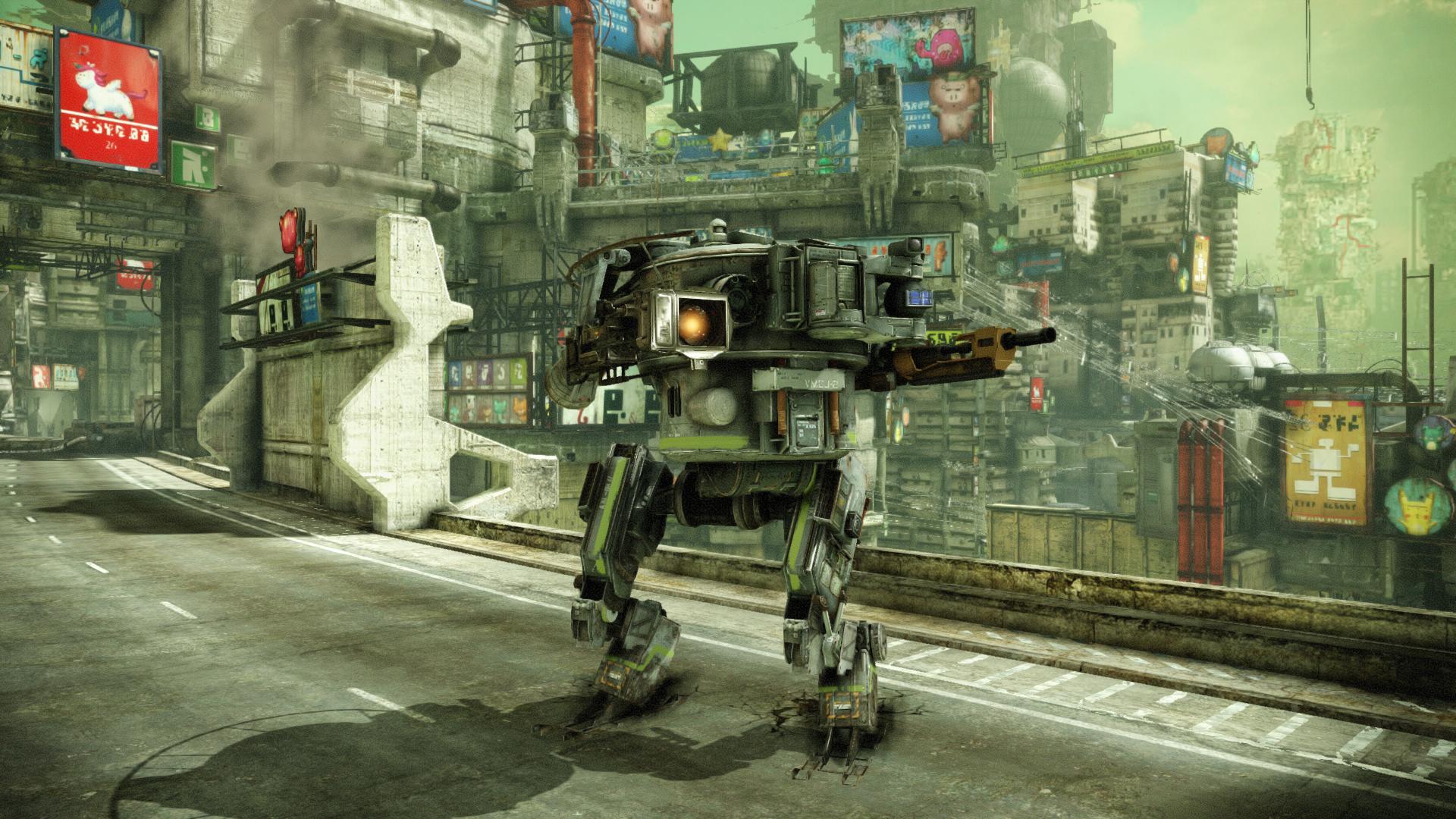 Since going into open beta in December of 2012, the team behind Hawken, the beautiful-looking free-to-play multiplayer title that lets players battle it out with uniquely designed mechs in an industrial dystopia, has been hard at work bringing in new features and listening to community feedback to help improve upon the game. At PAX East 2013, I had the opportunity to sit down with Evan Berman, Meteor Entertainment's senior community manager, and Senior Producer Paul Loynd to hear more about some of the new features the Hawken team will be launching over the next few months.

The most impressive new feature that was previewed at PAX East is an upcoming update that uses Nvidia's PhysX to integrate destructible environments into Hawken's game world. Scheduled to debut in full later this year, the new update adds to the chaos of a firefight between dueling players by letting them turn Hawken's concrete and industrial landscapes into full-on warzones with crumbling buildings and broken bridges. In the demo I played, it was possible to use missiles (or your own mech) to punch through walls with ease, letting you chase down opponents down through parking garages or a create a quick escape route through a rooftop. Plus, if a target goes for the high ground, it's possible to destroy the very floor they're standing on, sending them dropping to the streets below and hopefully into your waiting gun sights.

Currently, Hawken's players have about a dozen mech classes to pick from, all of which have their own strengths and weaknesses on top of a level system that lets players use the experience and in-game materials they earn in matches to pick up new abilities and equipment. A patch scheduled to arrive in April of 2013 will introduce a new class called the "Technician", the first "Support" class mech that focuses on assisting team members and hindering enemies. Equipped with a Nanobot rifle, the Technician is capable of firing a repair beam (think a mech-sized version of the Medigun from Team Fortress 2) that repairs friendly mechs to keep them in the action. For the more devious players out there, the Nanobot Rifle can also be used to leech the health away from enemies. During my interview with Paul Loynd, he explained that the new support class is aimed at not only introducing new gameplay but also making Hawken more accessible to people who may not be as skilled at using the more complex classes of mechs available.

You can check out Hawken for free here.