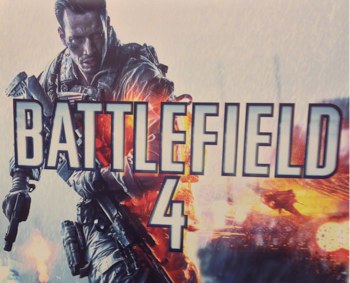 With more set pieces than you can throw a flaming helicopter at, EA's top shooter franchise declares itself eligible for another round.

At a closed door event in San Francisco tonight, EA and Dice showed off Battlefield 4 for the first time. A live gameplay demo was preceded by the bold declaration that the presenters would provide "no setup, no explanation" and would instead "let the gameplay speak for itself."

And true to their word, the 15(ish) minute gameplay segment that was shown was full of Battlefield flavor. The characters moved with noticeable weight, the guns were rendered in gorgeous detail, and huge set piece moments were lurking around every corner.

For example, during the relatively brief demonstration, all of the following sequences were shown in explosive, gritty, and (sometimes) slow-mo detail:

If this high-octane action sounds amazing to you, that makes perfect sense: Everything I've listed above is amazing to watch and looks absolutely fantastic in Dice's new Frostbite 3 graphics engine. Truth be told, what was shown to the crowd in San Francisco tonight was a treat for the eyes, ears, and whatever other senses you use to enjoy things.


Unfortunately, while these epic, scripted moments are a pleasure to watch, they're not usually all that fun to play in rapid succession. When the demo moved into an open, outdoor area for some actual real-time gunfights, it looked like a solid first-person shooter experience, and in this respect the Battlefield titles of recent years have typically done well.

But while the core gameplay appears to be well and truly intact, the Hollywood-style action scenes seem to have been ramped up considerably. If that's something you enjoy, you'll probably be mighty pleased to hear this, but in general, scripted moments are usually best received when sprinkled with care, rather than served as a main course.

As far as new features go, the game does have a trick or two up its sleeve. For the first time in a Battlefield game, your player has the ability to command squadmates to direct covering fire at specific targets and take out enemies as you point them out. This should add a bit more strategy to the otherwise straightforward gunfights, but we'll need to see a bit more of it in action before we declare it anything to be excited about.

Another interesting new feature being introduced in Battlefield 4 are persistent social leaderboards that can keep track of your scores as you progress through the campaign and then rank you among your friends.

The game was being demoed on a PC - as was obvious by the "Press [E] To Open" prompts on doors - but while the game looked fantastic in its demoed form, it's hard to imagine how big of a graphical hit it will take when wedged onto the aging PlayStation 3 and Xbox 360. There were some details, like dozens of waving tarps hanging from skyscrapers and hundreds of birds circling above, that just don't seem like they'll survive the transition to current generation home consoles. Of course, anything is possible.

All in all, Battlefield 4 doesn't appear to be reinventing the wheel quite yet, but there is still a lot of the game that remains shrouded in mystery. Most notably of these no-shows is the multiplayer component, which is surely what all diehard Battlefield fans are eagerly anticipating. Another day, my frag-loving friends, another day...