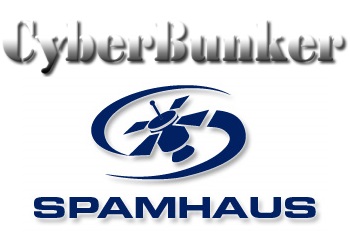 A dispute between The Spamhaus Project and Cyberbunker is threatening the entire internet.

Things got unpleasant in a hurry for anti-spam organization The Spamhaus Project after it added Dutch hosting company Cyberbunker to its blacklist. CyberBunker - so named because it's housed in a 50s-era bunker - claims that it will host anything but child pornography and material related to terrorism, which is what put it on The Spamhaus Project's hit list.

Cyberbunker reportedly struck back with a DDoS attack, but on a scale that was virtually unprecedented. Spamhaus CEO Steve Linford told the BBC that the attacks are peaking at 300 Gb/s (gigabits per second), far worse than the 50 Gb/s attacks that have been used in the past to take major banks offline. He also claimed that the DDoS attack is being investigated by five different police forces from around the world, although he refused to specify which ones for fear that the attacks would be turned against them.

"We've been under this cyber-attack for well over a week," Linford said. "But we're up - they haven't been able to knock us down. Our engineers are doing an immense job keeping it up. This sort of attack would take down pretty much anything else."

CloudFlare, an internet security firm and networking service that is helping to defend against the attacks, confirmed their scale in a blog post today. "While we don't have direct visibility into the traffic loads they saw, we have been told by one major Tier 1 provider that they saw more than 300Gbps of attack traffic related to this attack," the company wrote. "That would make this attack one of the largest ever reported."

Unfortunately, while Spamhaus is holding on, the rest of the internet is suffering. The sheer scale of the attack is having an impact on services like Netflix and could eventually affect banking, email and other systems. "Over the last few days, as these attacks have increased, we've seen congestion across several major Tier 1s, primarily in Europe where most of the attacks were concentrated, that would have affected hundreds of millions of people even as they surfed sites unrelated to Spamhaus or CloudFlare," the CloudFlare blog post explains. "If the Internet felt a bit more sluggish for you over the last few days in Europe, this may be part of the reason why."