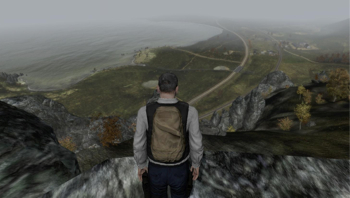 The cult zombie survival mod had a chance to go free-to-play in its retail iteration.

At his "Designing DayZ" panel today at GDC in San Francisco, DayZ lead Dean "Rocket" Hall revealed that after the decision was made to move forward with a standalone title, the team put some serious consideration into using the free-to-play publishing model.

"I looked at signing with a lot of companies, and a lot of them were really interested in free-to-play. And we're talking about a lot of money, like, stupid money. I just felt like - I just knew it wouldn't work," Hall explained. "It was because DayZ is about survival. You can't buy your way into that. If you buy your way into that, you're hijacking it."

Hall and his team are currently working with Bohemia Interactive on the standalone DayZ title, which - if the recent developer blogs are any indication - appears to be a very pure representation of the mod that has already garnered over 1.7 million players. No firm release date on the standalone version is currently available, but the game is currently in its alpha testing phase.