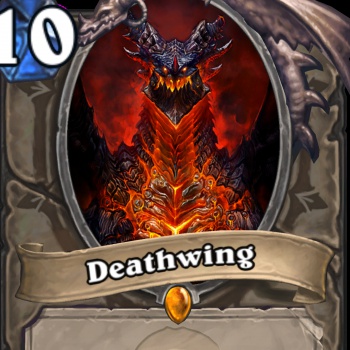 Blizzard is pulling out all the stops to make Hearthstone deep yet accessible, and with many of the characteristics of a real-world deck that digital trading card games typically lack.

One of the knocks against digital products is that they don't very well convey a feeling of "ownership." This is generally less of an issue with things like music and videogames, but players of trading card games like Magic: The Gathering are effectively collectors by default. Decks aren't just tools of the trade, they're prized possessions, painstakingly built through months and years of gameplay, victory and defeat. That's an important part of the experience, and one that Blizzard says it has worked hard to recreate.

"One of the things we thought was important in terms of moving from a physical game to an online game is that you run the risk of losing how fun it is to hold cards in your hand and sort of shuffle through them," Hearthstone Producer Jason Chayes told Warcry. "We put a lot of time and energy into the cards feeling that way so when you kind of move cards through the game space they yaw and pitch and roll. They also spray little puffs of dust when they drop onto the playing table as they get summoned into play. There's wear on some of the cards, where you can see little nicks and scratches. All that furthers the goal of making it feel like physical things. Ultimately, it's to try and make you feel more invested in your collection."

Hearthstone will offer packs of five random cards for around $1, but you'll also be able to build a solid deck without spending a dime by simply playing the game, although it will almost certainly take considerably longer. Fortunately, even duplicate cards will have value thanks to a crafting system that allows them to be converted into "arcane dust," which can then be used to create cards you actually need.

"We definitely wanted players to be able to get the cards they want quickly," designer and programmer Ben Brode explained. "We didn't want a way to get cards that was frustrating or had to evolve a trading system, maybe trusting other players because sometimes you end up on the wrong side of a bad trade or things like that. So we definitely wanted to make sure that this process was fair and gave you the card you wanted right away."

"The card pack purchase is really there if you want to expand your collection a little faster, but there's never really a mandatory requirement for you go in and buy packs," Chayes added.

Blizzard says the PC and Mac version of Hearthstone will be out this summer, with an iOS version expected to follow later.