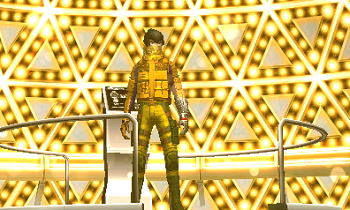 Atlus has announced that North American gamers will get a chance to play the long-awaited sequel this summer.

"The return of the legendary Shin Megami Tensei series is one of the biggest milestones yet for ATLUS and the 3DS," said Naoto Hiraoka, president and CEO of Index Digital Media Inc, parent company of Atlus. "Since this is the first title from the original SMT series in a decade, we tapped the best developers from many of ATLUS' acclaimed projects including Nocturne, Strange Journey, Persona, and Soul Hackers to create a premium experience that lives up to our fans' and our own expectations."

Atlus has made some lofty promises for the the new game including choice moments that can shape the course of the story and more than four hundred unique demons for players to collect and experiment with. Not that the franchise is any stranger to depth. Shin Megami Tensei games are famous for being huge experiences and the series' spin-offs alone are an impressive array of titles known for their complexity.

Currently, there has been no specific release date set for the North American release of the game, but JRPG fans can rest easy knowing that they have a whole new reason to look forward to summer.