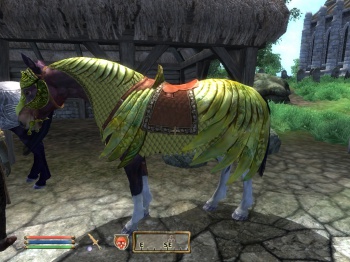 In a recent interview with OXM, Bethesda vice president Pete Hines layed out a defense of the increasingly common practice of preparing downloadable content prior to a game's release, then launching it alongside a title's retail debut. While consumers loudly argue that this content should have been included on the game's disc to begin with, and that developers/publishers are effectively crippling their games in order to make extra cash from DLC, Hines claims that isn't the case, and that those who believe this idea simply don't understand how game development works.

"I don't think [gamers] quite understand the development process and the point at which you have to stop making the game and you have to finish the game," Hines states. "So, the content people stop making new content a fair amount of time before it ships; it's not like in the old days when it was like the day before or a week before."

This, Hines believes, is where animosity toward games creators comes in. Many in the gaming community think that this additional content could simply be added to the extant game without realizing that the initial chunk of content has already been shipped off to be pressed onto discs and prepared for retail while the developer bides its time by crafting DLC. It's an unfortunate reality, but Hines is a realist about this practice and its consequences and in the end he thinks developers and publishers should just "do what they think works best for them, and the customers have the decision to buy or not to buy as they see fit."

That last bit is perhaps the most important part here. While remembering that Hines works for a company that at one time released a $3 DLC pack consisting entirely of armor for horses that had no effect on gameplay beyond making your equine pal more pleasing to the eye (see above), his idea that customers should forego loudly complaining in favor of voting with their wallets is undeniably reasonable. If you hate day-one DLC that's your choice, but filling random internet forums with grammatically bankrupt complaints won't do a thing to change the practice. The only way to truly make your voice heard is by not buying the stuff. Obviously a sizable segment of the population likes the idea of launch-day content additions, otherwise publishers would have stopped releasing them years ago.

Remember: The people who make videogames have no idea who you are and largely don't care how you feel. They're in business to make money, not to make you smile, and every decision these companies make is aimed toward pulling in as much cash as possible, regardless of how a noisy online minority might feel about it.