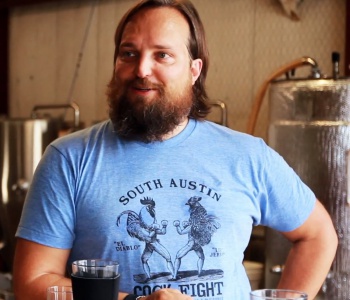 Between fiscal shortfalls and the resignation of its CEO, it might be safe to say that Electronic Arts is not having the best time right now. If that weren't enough the publisher has, for the second year in a row, been selected by voters to be the recipient of The Consumerist's Worst Company in America award. While it's arguable that there are companies perhaps more deserving of the title, it's a definite sign that the EA has a serious image problem.

Perhaps central to this dilemma is the perception that the publisher, in several cases, has ruined good games and the developers that make them. Point in case, BioWare, following its purchase by EA, found itself on the receiving end of fans' wrath, first for flaws with Dragon Age 2 and then for the infamous ending of Mass Effect 3. In both cases, many were ready and willing to point the finger straight at Electronic Arts. According to Greg Zeschuk, co-founder of BioWare, however, EA was not all that intrusive while he was with the company.

"They don't second-guess you, they don't say you shouldn't do that," said Zeschuck, speaking to GamesIndustry. "We had complete creative control over a lot of it; some fans didn't like some of it and some of it was experimental, quite frankly." Zeschuck admits that profits were a concern, but doesn't hold it against EA. "The one caveat is at the end of the day for any company you have to run a profit, so you have to be thinking of things that actually make you profitable. So while you're taking all these creative risks in trying crazy stuff you almost have to simultaneously focus on the bottom line."

A candid focus on the bottom line, however pragmatic it is, is still likely one of the bigger factors behind EA's public image issue. Moves aimed at boosting profits, such as the rumored rush to release Dragon Age 2 or requiring Dead Space 3 to sell five million copies, haven't earned the publisher many points with fans. Likewise, its attempts to further the presence of microtransactions in its games, as well as the catastrophic launch of SimCity, have done a lot to sour gamers on the company.

Even so, Zeschuk, who left BioWare in 2012, would likely describe Electronic Arts as being something less than evil ogre many have come to see it as. "I really enjoyed my time at EA. It's interesting, people make a lot of assumptions about us and our feelings and how they treat people, but honestly we were treated really well. I made a lot of friends there, and I respect the people there are ton."