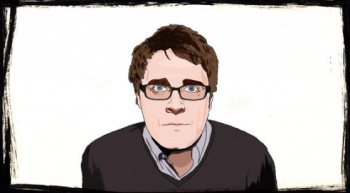 Earlier this month, Microsoft executive Adam Orth faced some pretty heavy backlash for some Twitter comments regarding the rumored always-online component of Microsoft's upcoming console, code named "Durango." "I don't get the drama around having an 'always-online' console," Orth said, adding a "deal with it" hashtag. When called out on his opinion by critics presenting the argument that a considerable percentage of the population has zero or poor internet coverage, Orth said "Those people should definitely get with the times and get the internet. It's awesome," adding "Why on earth would I live [in a place with poor internet coverage]?"

You can see how these comments could have rubbed people the wrong way, and they also seem to strongly suggest that the next Xbox will be always-online, a fact that, if true, Microsoft is no doubt trying to conceal so they can reveal it in as positive light as possible. So it should come as no surprise that a "source close to the matter" has told Game Informer that Orth has tendered his resignation to Microsoft. A call to Microsoft's main switchboard confirmed this fact.

Orth or Microsoft have yet to comment on whether this was a forced or voluntarily resignation, but given the circumstances, it seems pretty obvious. Microsoft issued the following statement in response to Orth's Twitter comments.

"We apologize for the inappropriate comments made by an employee on Twitter yesterday. This person is not a spokesperson for Microsoft, and his personal views do not reflect the customer centric approach we take to our products or how we would communicate directly with our loyal consumers. We are very sorry if this offended anyone, however we have not made any announcements about our product roadmap, and have no further comment on this matter."

Orth is not the first person to be "fired" due to comments made on social media, and probably won't be the last. Take this as a cautionary tale, whatever you say on Twitter, you are essentially telling everyone in the whole world. Think about how others may interpret your comments before posting anything online.

Will Microsoft's damage control be enough to ease people's mind if always-online is actually a feature for the new console? Or perhaps the overwhelmingly negative response to any mention of such a feature will make Microsoft rethink implementing it at all? The console is rumored to be announced in May, and as Microsoft have been pretty tight-lipped about anything regarding it, I guess we'll just have to wait until then.