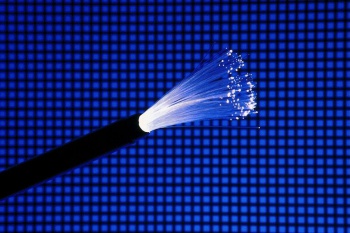 We all knew Japan has some pretty awesome internet speeds, but this is just getting ridiculous. So-net Entertainment, an ISP backed by Sony, announced its 'Nuro' fiber service for home use, which supports download speeds of up to 2gbps. As in two gigabits. To put that into perspective, the average internet speed in the US is around 3mbps, with the fastest available internet capping out at around 150mbps. This means that So-net's Nuro service is up to 13 times faster than the fastest internet in the US.

The service also boasts 1gbps uploads and will be available to homes, apartments, and small businesses in Tokyo and six surrounding prefectures. What should you expect to pay for this monster connection? $200 a month? More? Hardly. The service will be available for just 4,980 yen a month (around $51 USD). I used to pay that for my crappy, less-than-1mbps ADSL back when I lived in Australia...

The company said the service includes rental of an ONU (optical network unit) designed to handle the high speeds. ONU devices are commonly used in homes and business to convert fiber to broadband Internet. Individual users of the service are unlikely to actually see the 2gps speeds on their devices, as it exceeds the capacity of most consumer network adapters. You heard right, your PC's network adapter is the bottleneck.

The Japanese government has been a very strong supporter of fiber-to-the-home (FTTH) connections to private homes. About 25% of Japanese households are currently connected, the second-highest rate in the world, although the highest rate, the United Arab Emirates (at 70%) does seem to be cheating a little, as the entire country is basically just a city.

So-net said its service uses the GPON, or Gigabit-capable Passive Optics Networks, standard, which supports up to 2.488gbps downstream.